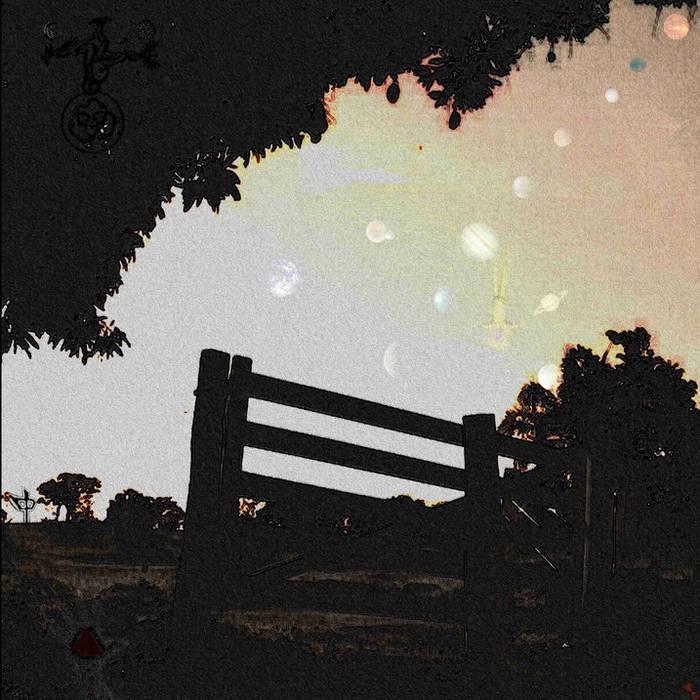 Track Name: Symptoms of Life
Beyond these iron gates
Waits, my audience, for this night’s main play
They urge to see my smile
Although my conscience hangs from last night’s crimes

Although my eyes burn, I shall face the dance
Although my tears pour, I shall flood the place
Although my heart aches, I shall grant them trance
This greasepaint mask hides more than just my face
Track Name: Igneous Vortex Dancer
Since birth, rush’s been my guidance
No lie or truth I’ve heard
My urges to breathe new wilderness
Were born and died in me

From curse to bliss, repulse to miss
Pride to raw knees
My winged feet run around the sun
To the dawn of my dreams
Track Name: Enslavement of Beauty
My soul screams in silence
My cold hands claw the wind
My outfits blame my sinner core
The beauty is the beast

If it weren’t to be now, tell me when it was going to be?
You build your creed and make believe you better stay right here
But when it comes down to the thing, you are older than you imagine
And if it doesn’t make things happen now, perhaps it’s your last chance.
It’s too late. Too late

‘Cause as the drop wants to be river
My suffering wants to spread more pain
And as I walk down through the street’s light
Searching for my first victim
Your dark eyes shine, showing me the way
Track Name: The Order
Cold moon rides in the skies
Like a gloomy still life
And from dusty old pages, I read the tales

Secret ancient legacies
By an artist’s hands come
For most eyes not to see, one can’t deny them

The glimpse of twilight and the immortal dreams by the sea
.: What dwells just for now can be eternal :.
Become witnesses of all unconceivable secrets
And symbols of our Mother Nature
Novus Ordo Seclorum comes from ancient papyri
And the deepest of the roots grants forever
One split the thin bread into a thousand and 40 pieces
So they could become Spirits of Time

Then I learn how to teach
When I’m called to shut up
Closing doors of my life for human nature
Track Name: Zeitgeist
It’s hard as brazil!
Track Name: Widow's Daughter
He is in Her place
But Her chalice pours when we must drink
This New Aeon implicit in Time
Lights Her path just when He must go

Dead Clowns’ procession walks
The flower withers to their song
Their vision kills the faith
Their crucifix spays the Earth
But who gives birth to the blessing?

N.O.S. is over. This time the New meets the Old
Backstager soul, is Truth for everybody to know?

The Mirror found me between the sheets of violet pleasures
The Mirror called me from deep wet circles on bar tables
The Mirror caught me in secret prisons by the rainbow
The Mirror showed me the private visions of my Ego Clown
Who is the jester chained down the wall?

I saw the unseen and thus my eyes could see no more
I loved the Heart’s Queen. See my dead head upon her pole
I clutched the answers and blind I walk cold floored halls
Crimson tears – the Ego Clown. Who’s the jester?

Jokes… They creep behind my tear drops.
Boats… They float your calm red river
Dopes… The crushed blue pills on the floor
The crushed dreams on my cold soul
The scarlet visions once called “Home”
Distorted earphones come undone
Chameleon actress dreams her role
The broken mirror rips my hopes
My sheets entwined still love your clothes
The jester’s passion overflows
My outfits blame my sinner core
Emotions tangle with bourbon
To drown my feelings, stubborn.
The circus kisses its son back home
“When one is all and all is one”
To be a clown and not to mourn

No one left to tell you what to do
No one saying what’s the right for you
Anything to call your own
And no flag to turn you on (No inheritance at all !)

Free the gods from religious doctrines
Free the love from rings and family trees
Feel the real abolishment
It's just a ride. Enjoy the End!
Track Name: The Last Ride, part 2
A New Time is coming and, believe, you're a Star (N.O.S. is over !)
Read our secret ancient creeds. Ride unicorns in spots
Now enquire why are ensnared
Older nights to eat raw days

If light lurks, unite my inner news and thy ice (N.O.S. is over !)
Try to feel the real in three dimensions of time
No more time for fear and hate
It’s just a ride. Enjoy the end
Track Name: Fatality Show
… and now, the news:
You have been waiting for some new press
Some new cliffs you can climb
A good relief to smooth your old stress
The Mirror of your mankind

But, who can stand to face the Abyss
When the Abyss is facing back?
It is so deep, but still so colourful
You’re shallow, but you’re black

We cannot feed you with new data. We’re not happening lately
We’re simulations, we’re raw
The new is not the way it once was on the golden bright days
Is there some thrill on the Lawn?

But is this virtual role playing game more real than reality?
You block real doors and paint this fake smile
And comfortably you wear the masks of your sanity
Track Name: Symptoms of Life
It’s done. It’s far too late
There’s no time for you to fear and hate
Your life was just a ride
Say goodbye to it and face your death with pride

Is there any help for...

Bandcamp Daily  your guide to the world of Bandcamp

Tasty gems from around the world, plus interviews with Kaitlyn Aurelia Smith and Nick Hakim.